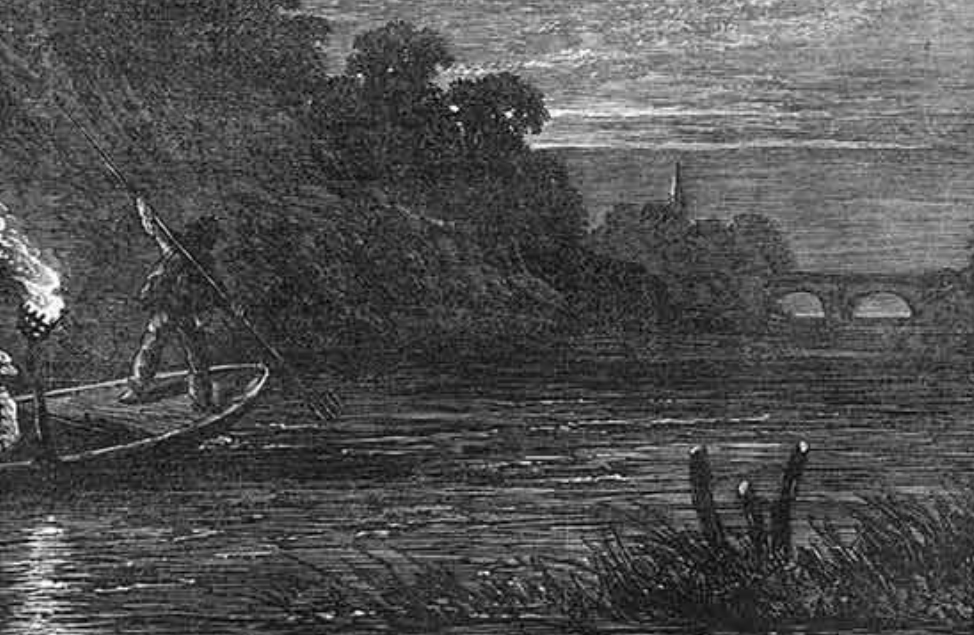 A short story from our Fun Friday Facebook articles, of a Mermaid in Alness River.

‘A girl from Boath, was taken late on a Saturday night by her master to assist him in spearing salmon on the River Alness. He was very successful that night, more so than ever he was. The fish came rushing towards the light of his torch, and none missed his spear; each fish as flung ashore was added by the girl to the heap. Midnight passed, when, to his astonishment, a tremendous fish came slowly on, its enormous eyes flashing brightly in the rays of the torch. “The mermaid!” he called out, and moved backwards, keeping the spear advanced, till he reached the bank of the river when he sprang ashore and ran home, accompanied by the terrified girl. He, however, returned to the fishing scene when daylight appeared and took home the fish; but he never thereafter went a-fishing late on a Saturday night.