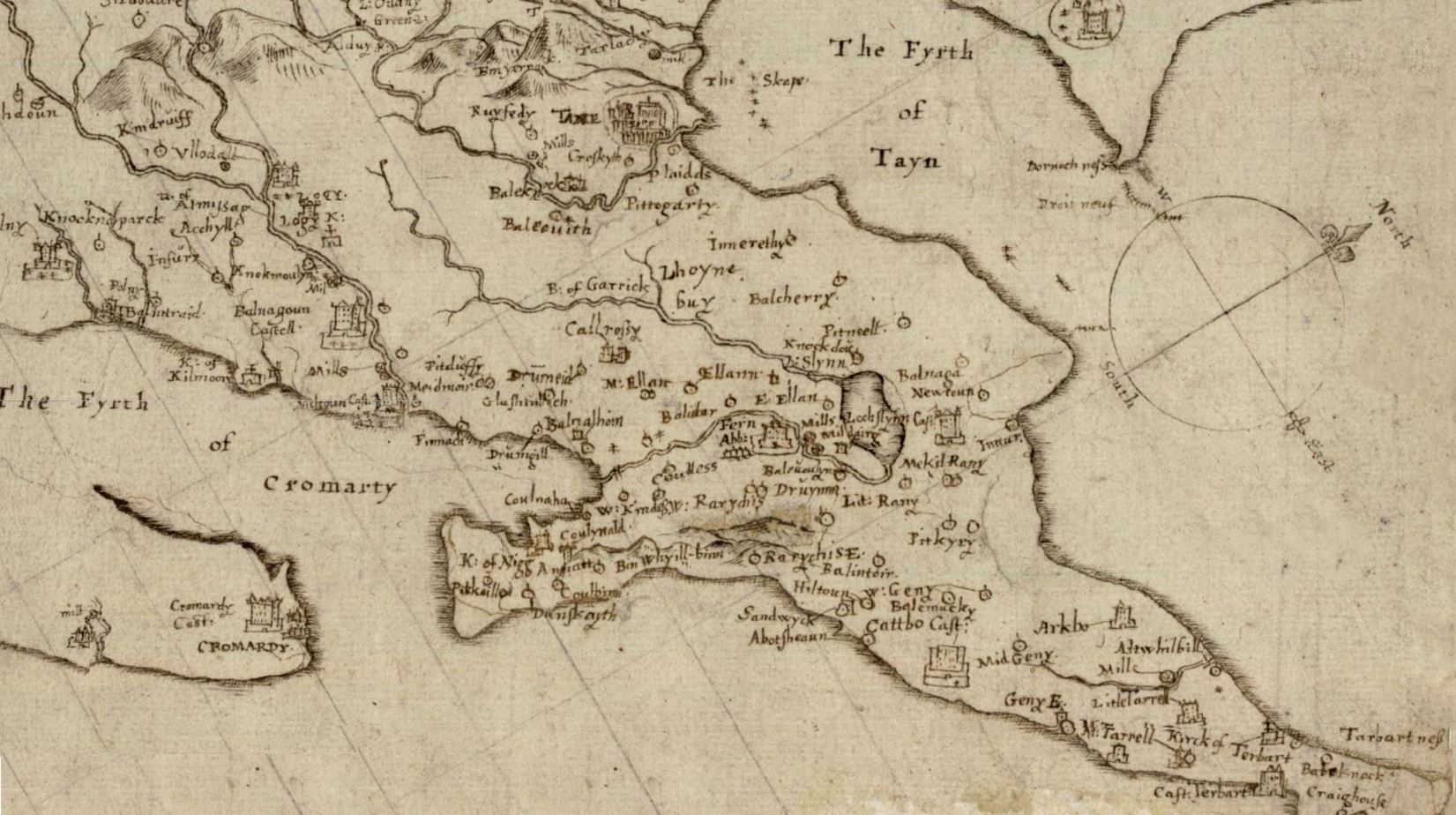 A snapshot of Clan Ross during the 16th Century.

Whilst researching for a project looking at the Ross Clan, I came across a document from the Munro of Allan Papers, in the book ‘Calendar of Fearn’. The document is a list of people who were expected to contribute to a fund to relieve the almost bankrupt lands of the Chief of Clan Ross, Alexander Ross of Balnagown. All of the place names listed are in the tradition Clan Ross lands north of Balnagown River and many of them can be seen on Pont’s Map of Easter Ross from the NLS. Whilst many of the people named are Rosses there are many family names, from the Easter Ross Peninsula, that are still familiar today. The list gives an interesting snapshot of the main families involved in the clan during the 16th century.

Alexander Ross of Balnagown subscription List, 1565
“Everyone, as it is thought needful and expedient by Alexander Ross of Balnagown and his own surname to take order in relieving of the said Alexanders mortgaged lands that they and their house may be at ease and honour and every one of them to take part in—assistance to the same effect in this present year of three score five years and to stay the same as after follows;

Thirdly it is thought expedient that the said Alexander Ross of Balnagown and his own kin desire in health and kindness the supply that may be had from said other gentlemen in this country to the honour and welfare of the house of Balnagown.