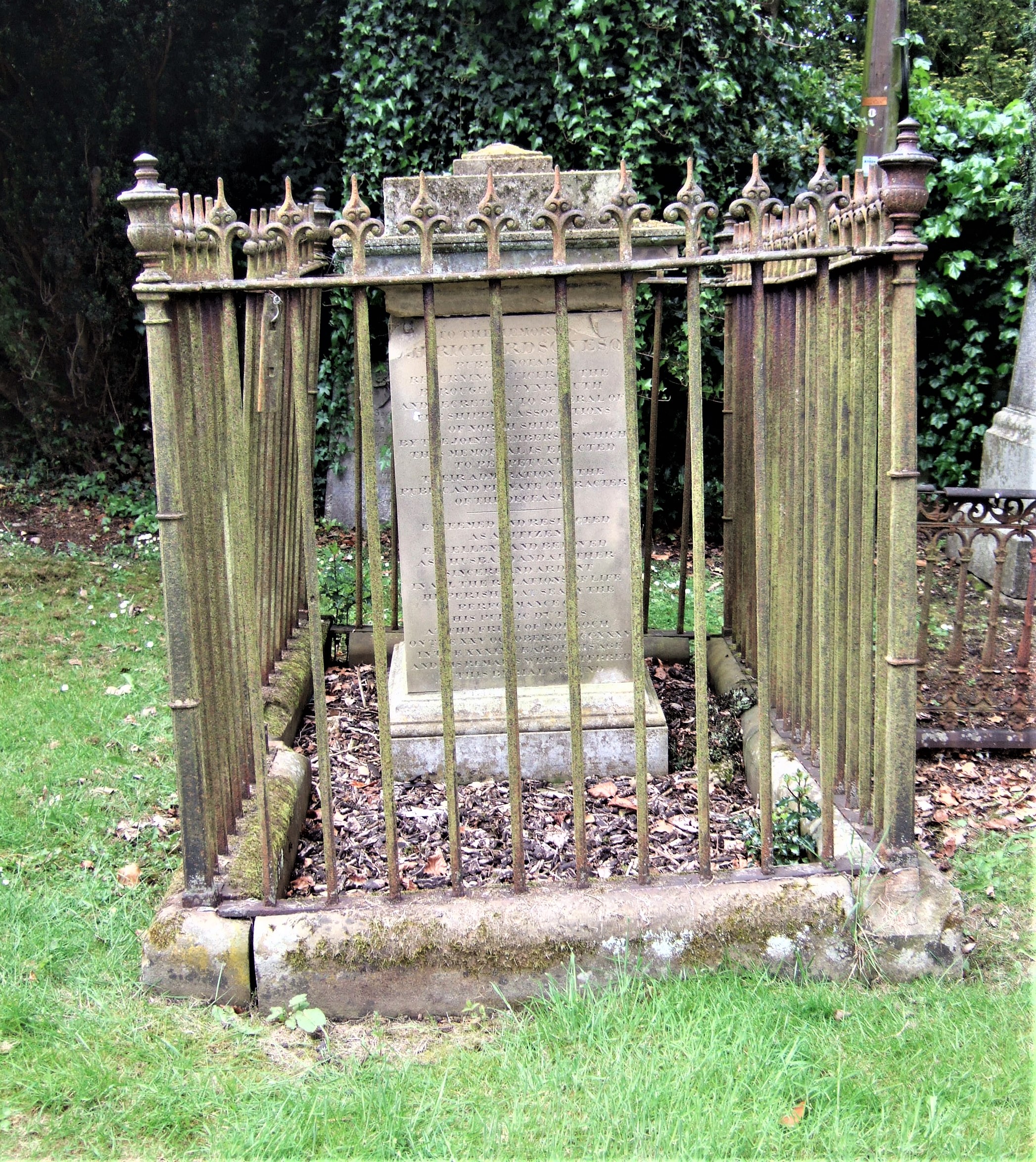 The story of a man who died tragically far from home.

One of gravestones in the graveyard attached to the Collegiate Church in Tain has an interesting story to tell which I was able to follow up further, thanks to a copy of an extract that appeared in the Inverness Courier.  The stone in question is different from any others in the churchyard in that it is the only monument which is square shaped in section.  It bears the following inscription:-

To the memory of J H Richardson Esq. Public
Notary Returning Officer of the Borough of
Tynemouth and secretary to several of the
Shipping Associations of North Shields by the joint
members of which this memorial is erected to
perpetuate their admiration of the public and
private character of the deceased
Esteemed and respected as a citizen excellent
and beloved as a husband and father sincere and
ardent in all the relations of life he perished
at sea in the performance of his public duties
at the Frith of Dornoch on the XXV October
MDCCCXXXV in the XXXIX year of his age and his
remains were interred in this burial ground

It was not till I read the newspaper extract that I discovered that John Henry Richardson was another victim of the precarious Meikle Ferry ferry-boat crossing.  In 1809 a very tragic disaster occurred during a crossing of the ferry filled with people bound for the market in Tain resulting in the loss of 99 people.   This event led to the first bridge being built at Bonar Bridge in 1812 - an iron construction by Telford swept away in 1892 and replaced soon after by the current bridge.  Although use of the ferry inevitably declined after the bridge was built, the extra 20 miles involved in days of relatively slow road transport ensured its continuation not only for foot passengers but for carriages, carts and livestock.

Thus it was that the ferry was crossing from Dornoch to Tain on 25 October, 1835.  With only 17 passengers on board, including the ill-fated John Henry, unlike on the 1809 occasion the boat was far from overloaded and the incident occurred not half way across but within a mere 15 to 20 yards from the shore.  How it happened to be there we can only conjecture, but seemingly the ferry struck an anchor and began to fill with water.  Mr Richardson, being a strong swimmer, immediately leapt overboard to swim ashore.  Unfortunately the state of the tide drove him into a current which carried him out of reach and resulted in him drowning.  The rest of the people on the ferry were saved from the same fate because one of the ferrymen also bravely took to the water and although caught in the same current managed to reach a small boat moored nearby.  This was used to convey the passengers to safety, after which a rescue attempt was made but by the time they reached the unfortunate gentleman, now almost a mile away, it was too late.  The body was rushed to Tain.  However, the efforts of “two medical gentlemen” to effect a revival were in vain.

Ironically, Mr Richardson was returning home to Tynemouth after having been in Thurso, in his capacity as secretary to the shipping societies in North Shields, to attend to the sale of the wreck of a ship from Newcastle (the “Ocean”) and the salvage of its cargo, when he himself perished at sea in the “39th year of his age.”  The photograph shows his grave as it is today.  This was a man so esteemed by his contemporaries that he was worthy of a fine monument being erected to his memory in a graveyard so far from where he belonged.