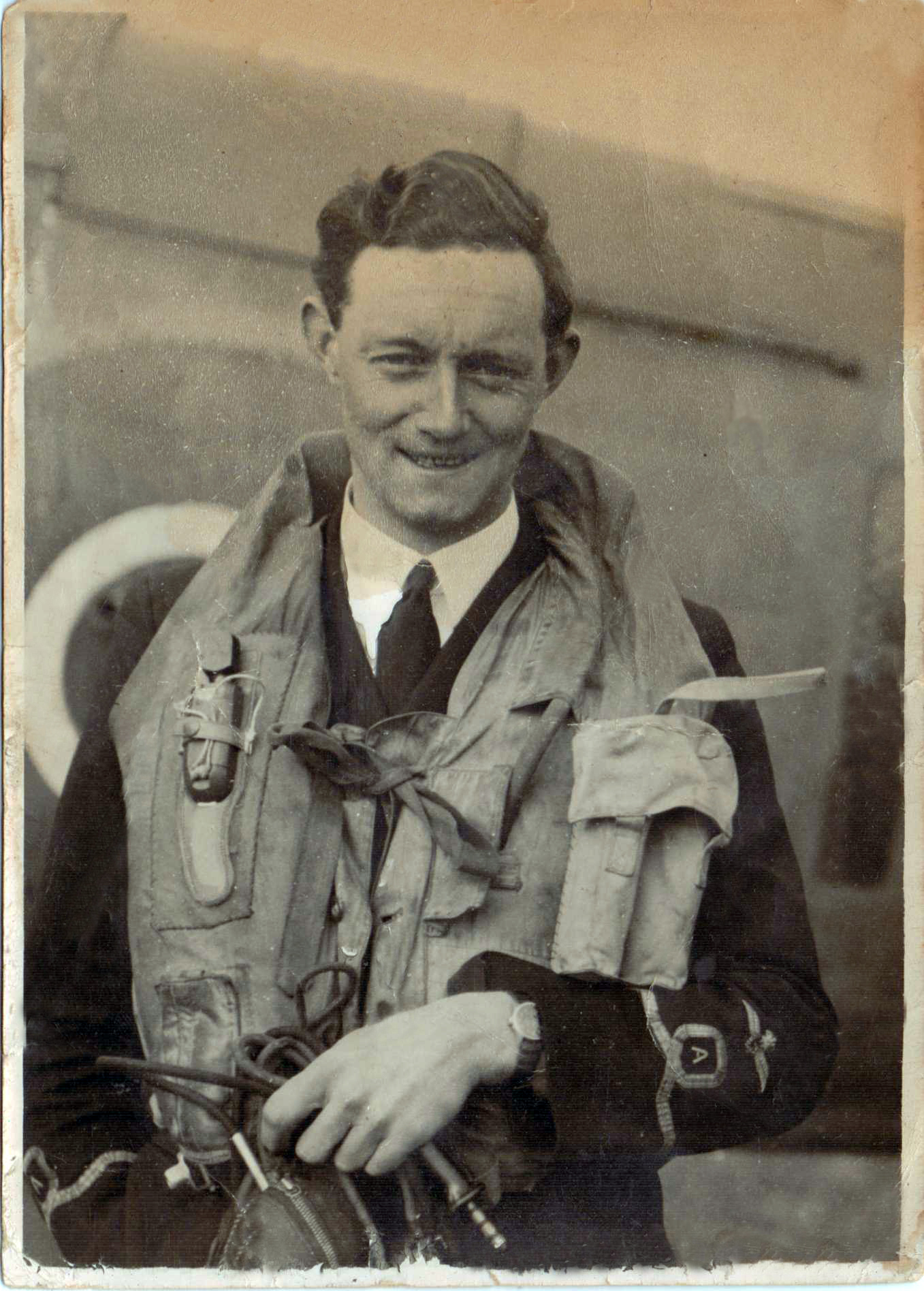 A short account of the life of Douglas Smith who died tragically, a week before his wedding, whilst serving at HMS Owl at Fearn.

Again we went hard at it with our torpedo attacks, I flew three times and managed to cope alright though I was inclined to bring the boys in a little too close to the ship so we didn’t have time to set everything for the drop before we got to the right range. However, I’m not as bad as the C.O. and Peter Smith and Dave and Reg seem fairly satisfied with our progress and frankly I am too. Much to my surprise and delight, I received two letters from Jean but I spent so much time blethering that I didn’t manage to write as long as a reply as I should.

We did another couple of attacks today and this time I was erring on the other side – getting on the water too far away from the ship. The last attempts were better though one of them was done on the wrong ship. We finished early because of the squadron dance. I had little intention of going but I realised that it was my duty to be there so I got tidied up and went along. As usual, I didn’t dance but I enjoyed the company and the troops, all pretty merry, were having a great time. I Stayed till midnight and got to bed at about 12.30.

I had a glorious chance to show my skill in leading a flight attack but I make a hopeless mess of it and was bitterly disappointed. Then I heard our game against Tain had been cancelled and finally, there was no letter from Jean. I scribbled a hasty note to her which caught the afternoon post then watched the squadron team turn a 4-0 deficit into a 4-4- draw. The day gradually improved and I enjoyed a couple of games of snooker with Doug Porter followed by a walk along country lanes in the quiet peace of the late evening. Had a right carry-on with Stripey, Jack and Jolly before I returned to the cabin and turned in.

These are extracts from the fascinating diary of Douglas Smith who wrote a detailed daily account of his service during WW2, including his time spent at HMS OWL in 1944. Douglas was from Langside in Glasgow and had joined the Royal Navy Volunteer Reserve, aged only 19, signing on to become a pilot with the Fleet Air Arm. He had already seen service in Africa and Madagascar before joining the 828 Squadron who arrived at HMS OWL in early April of 1944.

Douglas's diary entries for his first month at HMS OWL tell of his days spent training with his squadron, as they attempt to get used to their new aircraft. The dangers during these training flights are obvious, although Douglas does not seem to dwell on them, writing almost incidentally about a tyre bursting during one landing, and writing off his plane after belly-flopping during another.  The terrible weather at Fearn means the crews are often grounded and Douglas spent much of his time playing sports, singing and writing letters. He writes daily to Jean his girlfriend as the young couple prepared to be married with their wedding arranged for the 14th of June 1944, unfortunately, Monday the 5th of June was Douglas's last diary entry;

Still, the weather was punk but I went off to do a weather test and managed to get in one pukka attack and one low visibility job. Thereafter we did more low vis attacks. I was up twice and was glad when my last trip was cancelled. Three times out in that weather above that seething sea and in that dense cloud was just about three times too many. Again I intended retiring early to the cabin to get a few letters written but again I gave in to temptation and stayed playing snooker till about ten. I lit my fire when I got in and was nicely warm and ready for bed by the time I had written my usual letter to Jean.

On Wednesday the 7th during another training flight, and whilst reforming after a Torpedo attack on HMS Velux 10 miles off Tarbat Ness, his Barracuda collided with another plane resulting in the loss of both the young crews. The men killed during the accident were;

Only the body of Anthony Bateman was recovered, and he is buried in Rosskeen Parish Churchyard. The newspaper The Buteman headlined the following article on Friday the 16th of June;

Wednesday of this week was to have witnessed the nuptials at Adelaide Place Baptist Church Glasgow of Lieut (A) Douglas C Smith to Miss Jean Shepherd Neilson daughter of Mr and Mrs W S Neilson, Patigi Ardmory Road Rothesay. All the preparations had been made for the wedding when the sad intimation was received at the weekend that the prospective bridegroom was missing presumed killed as the result of a flying accident. Fuller information received later disclosed that his aeroplane had been in collision with another while on a formation flight and that both had crashed into the sea. Lieut Smith and his crew were missing and it was almost certain that they were killed instantly.

The information on Douglas and the diary entries were kindly shared with the museum by Douglas's Nephew Rob Dalziel, who, during his research discovered that in the 20 months that the Barracuda Bombers were flying out of HMS Owl they lost 22 aircraft and 56 lives!!