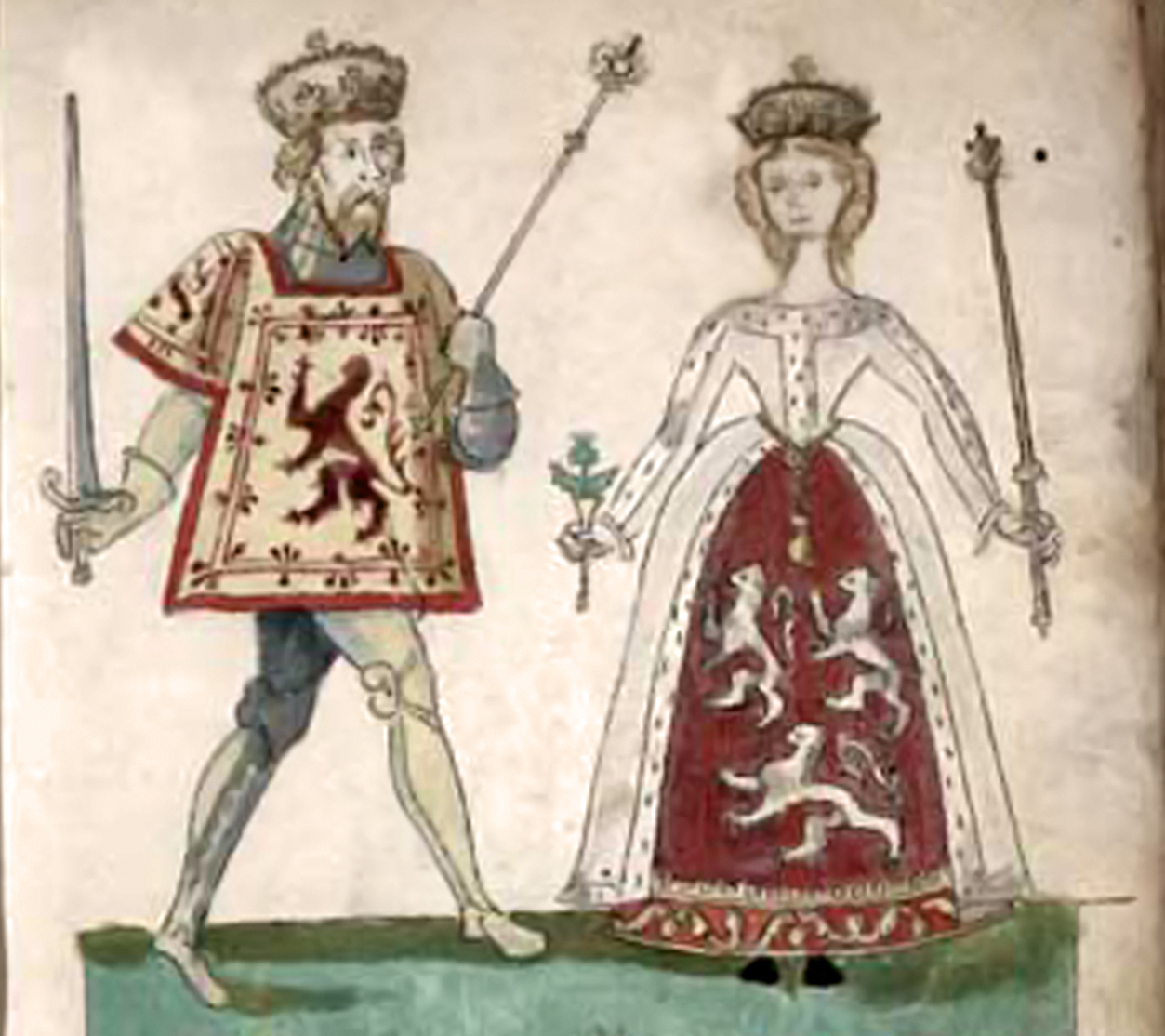 The following is a translation of a Petition addressed by William Earl of Ross to King Robert II., in which he states the circumstances of his being deprived of his estates in Buchan, and of the earldom of Ross passing to Walter Leslie, the husband of his daughter, instead of to his brother and heir-male Hugh. It is dated Edinburgh, 24th June 1371.

'Your predecessor, King David of good memory, gave to Sir Walter of Lesly, knight, all my lands, and also those of my brother Hugh, within Buchan, without our leave, and without legal process. As soon as I heard of that lawless investiture, I wrote to the Lord Bishop of Brechin, then Chancellor of Scotland, and also to Robert, Steward of Scotland, [now King] Thomas, Earl of Marr, William of Keith, knights, and William of Meldrum, in order that they might act as my attorneys for suing from my lord the King, my lands and my brother's, under caution and also a letter to my sister Eufemia, countess of Moray, [now Queen] on the same subject; and I employed my clerk, Sir John of Gamery, Canon of Caithness, to present those letters in due form. As he was on his journey, he was met by John of Aberkerdor, calling himself the squire of Sir Walter Lesly. This person arrested my clerk; robbed him of all the letters; cruelly beat his squire, because he refused to bind his master to his horse's tail; carried him among woods and pathless places, nor would set him free till he undertook to pay 8 marks of Sterling, and gave Sir Robert the rector of Forglen, and William Byset of Ocliterless, for surety, and swore on the holy gospels, in presence of Sir Cristinus, vicar of Forgue, not to deliver any of my letters, but to carry the box containing them sealed with his seal, to Sir Walter of Lesly, his lord, and enter himself his prisoner.

When this was done, my clerk toiled forward to his lord, the Bishop of Aberdeen, [Bishop Alexander Kininmond, then beginning his Cathedral and to Sir William of Keith, who freed him from the payment of the money, and thence came to me in Ross, and told me this history. After this, seeing I could not have my lands by means of cautioners, I travelled in my own proper person to my lord the king, as far as the town of Aberdeen, to sue my lands, but could not recover them on caution, without granting to the King, for the use of John of Logy, all my right in Platan in Forfar. And when I had made that grant in that hope and was invited to dine with my lord the King, I asked, after dinner, an answer about my affairs but the King, after consulting, sent me a great schedule of questions to be answered, wherein were put forward many authorities of the civil law; which, when I had read, I said I did not come there to dispute at law with my lord the king, and then, without seeking leave, I journeyed to Ross and had no more speech with the King till his coming to Inverness. But the Lady Margaret of Logy, then Queen, with her council, hearing that I had thus returned without agreeing with Sir Walter nor with her, gave precept and command that my body should be arrested and imprisoned, and all my lands seized and restored in the King's hands. The King would by no means suffer my body to be arrested but permitted all my lands to be seized in his hands. Then, when my Lord the King came to the town of Inverness, he found me without any land or lordship, my whole Earldom of Ross seized and restored in his hands, together with all my lands of Moray, without cause, shown, nor could I learn any cause except that the friendship of my Lord the King I might not have until I agreed with Sir Walter. And, on the morrow, when the barons and their suitors were called in the Justice Court, neither I nor my suitor appeared for the Earldom of Ross, because the King was in possession, as was said; and there I and Hugh my brother, deprived of all our land and without lordship, and perceiving that our Lord the King was moved against us, and Sir Walter very powerful with him and with the Queen, we ratified the gift of our lands of Buchan made by the King to Sir Walter, because of the greater dangers imminent.

For, then, my brother Hugh, being in foreign parts as a banished man, I complied with the desire of the King, giving to Sir Walter the grants which I made which grants so made, my Lord the King restored me to my first state of the Earldom of Ross. Moreover, I make known by these presents, on the peril of my soul and in good faith, that Hugh my brother foresaid never in all his life resigned to me as his superior lord, his lands of Buchan, which he held of me in chief, except out of caution, that I might make a better defence in them, and that the lands might be less disturbed by his adversaries and rivals, and might obtain more favour through my means: And, not concealing the truth, in truth and in the faith by which I am bound to God, never was my daughter spoused with the said Sir Walter with my will, but quite against my will: Nor did I make to them any grant or gift of lands or agreement of any kind of succession (conventionem cujuscunque succes. sionis) at any time up to the day of the death of my Lord King David, your predecessor, except by compulsion (ex rigore) of my lord the King, and through fear of his anger: And thanks to Almighty God and to your royal Majesty, by the present writing, I notify. Given at Edinburgh, 24 June 1371.'